I thought it would be nice to update my previous Atari ST / Raspberry Pi hybrid project to use a V3 Raspberry Pi and and at the same time tidy up the case, sort out the cabling and simplify a few things. 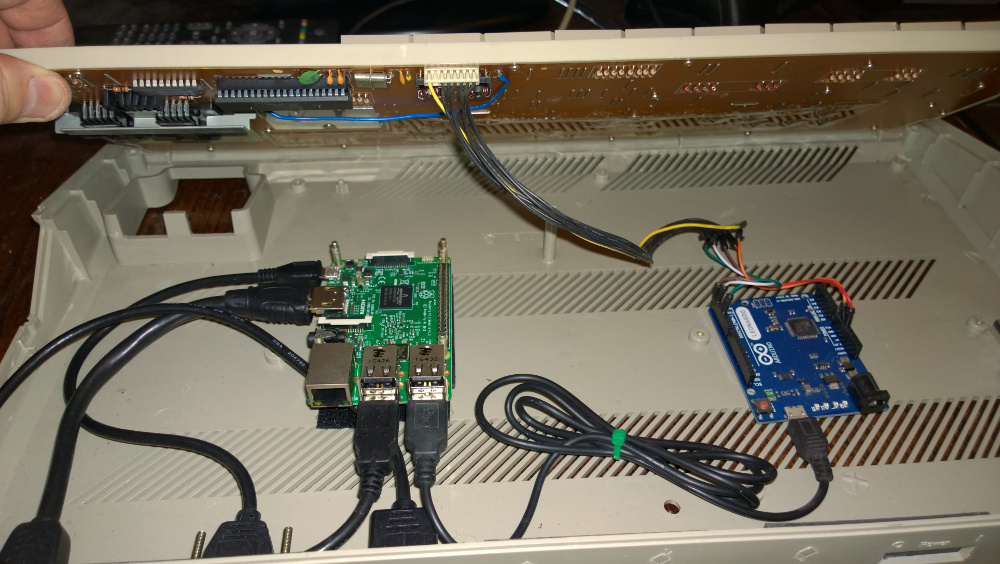 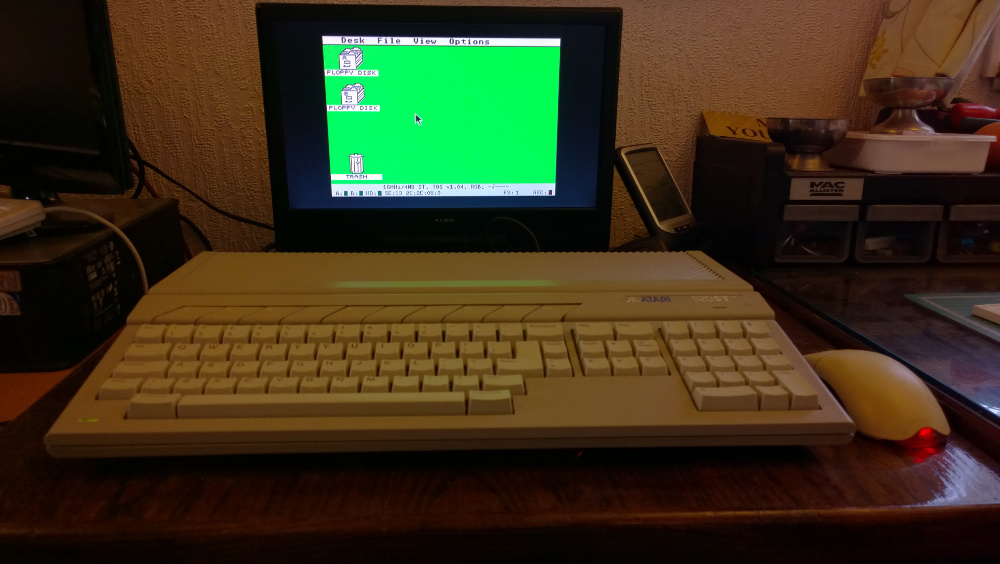 I removed the internal speaker from the Atari as I thought it would be easier just to use the TV speaker and also removed the USB hub as it was no longer needed. I also blanked off the many unused openings in the case. Everything else is exactly the same as the original project.

At some stage I intend to re-write the keyboard interface code to run on the Pi so I can remove the Arduino and connect the Atari keyboard directly to the Pi which would make for an even easier project.